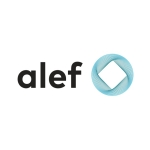 NEW YORK–(BUSINESS WIRE)–AlefEdge,
the Edge Internet leader, today announced the U.S. launch of The
Manhattan Project, a new opportunity for application providers, carriers
and tower companies that focuses on open edge Internet deployment
worldwide in smart retail, smart travel and other immersive and
ultra-low-latency consumer facing applications. With initial U.S.
deployments in Boston, Chicago and Manhattan metropolitan areas, The
Manhattan Project leverages the benefits of the Edge Internet by
bringing together the power of connectivity, applications and
application programming interface (API)—the three essential software
layers required for an edge economy.

“In April 2018, we went live with The
Manhattan Project in Asia as the first successful edge computing
deployment worldwide,” says Mike Mulica, Executive Chairman and Board
Member of AlefEdge. “In 2019, we repeat the unit-of-one model in North
America. Working at the edge, whether that be the tower edge, metro edge
or the operator edge, we collectively construct monetizable and friendly
business models for the entire edge economy. By building an open edge
Internet with diverse partnerships, we have the ability to transform the
industry in a way that the entire ecosystem wins—without waiting.”

The Manhattan Project, built on an open platform in live real-world
deployments across the globe, brings connectivity and computing together
at the edge to provide the bridge between the application developers and
networks. In previous deployments, moving streaming and advertising
applications to the edge not only reduced churn and increased
performance but also created a more engaging experience resulting in
exponentially larger numbers of clicks per campaign and users watching
the videos.

“The edge will impact every industry in profound ways,” says AlefEdge
Founder and CEO Ganesh Sundaram. “We have positioned ourselves at the
nexus of the three critical pieces required for the edge: the network,
applications and edge cloud locations. Our Open5G Platform creates
opportunities for industry verticals to innovate on 5G today, with our
software stack the key to unlocking the edge!”

To learn how to participate in The Manhattan Project and capture the
impact of the edge, visit: www.AlefEdge.com.

AlefEdge is the leader in the Edge Internet, delivering the power of the
5G based Edge Internet to application developers through our easy-to-use
technologies. At AlefEdge, rich media applications, clouds and networks
work in tandem to achieve an unprecedented level of performance. We
enable 5G applications through open APIs at the Edge that make service
adoption and distribution friction free. AlefEdge works with partners to
build the world’s first Edge applications that leverage and realize
Virtual and Augmented Reality, Artificial Intelligence, Industry 4.0,
Smart Cities, IoT and Gaming. The AlefEdge Open5G Platform brings 5G
applications to life, unleashing a massive Edge Internet economy.
AlefEdge is headquartered in New York City, with offices in India and
Brazil. Visit https://www.alefedge.com/
for more information on how we can help.