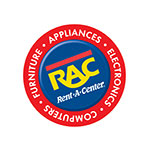 “I’m pleased to report strong third quarter results, which met our expectations. Consolidated same store sales increased 4.5 percent and the continued execution of our strategic plan drove adjusted EBITDA growth of 14.8 percent versus the third quarter of last year. As a result we are reiterating and narrowing our annual guidance,” stated Mitch Fadel, Chief Executive Officer of Rent-A-Center.

Mr. Fadel continued, “The integration with Merchants Preferred is progressing ahead of our expectations and we continue to believe our differentiated platform of offering both staffed and virtual options for our retail partners positions us for significant growth, including growth in national accounts and e-commerce retailers. Our focus is to serve lease-to-own customers across multiple channels by enhancing the customer experience through enabling technologies. In addition, we maintain a conservative balance sheet with ample capital to fund our growth initiatives and return capital to shareholders,” concluded Mr. Fadel.

On a consolidated basis, total revenues of $649.4 million increased 0.7 percent driven by a consolidated same store sales increase of 4.5 percent offset by refranchising over 100 locations in the past twelve months and the closures of certain Core U.S. stores. Excluding effects on revenues resulting from the refranchising efforts, revenues increased 2.7 percent. Net earnings and diluted earnings per share, on a GAAP basis, were $31.3 million and $0.56 compared to net earnings and diluted earnings per share of $12.9 million and $0.24 in the third quarter of 2018.

Special items in the third quarter of $(5.0) million were primarily driven by a tax benefit related to the reversal of previously recorded reserves for uncertain tax positions, partially offset by debt refinancing charges, closure of certain Core U.S. stores and transaction costs associated with the acquisition of Merchants Preferred.

The Rent-A-Center Board of Directors declared a cash dividend of $0.25 per share in the third quarter which was subsequently paid out on October 9, 2019.

CORE U.S. third quarter revenues of $436.5 million decreased 3.3 percent driven by the refranchising of over 100 locations in the past 12 months and rationalization of the Core U.S. store base partially offset by a same store sales increase of 3.7 percent. Excluding effects on revenues resulting from the refranchising efforts, revenues increased 1.1 percent. As a percent of revenue, skip/stolen losses were 4.1 percent, 60 basis points higher versus the prior year. Operating profit was $54.2 million, which increased 240 basis points versus the prior year, was driven by lower labor and other store expenses as a result of lower store count and our cost savings initiatives. Adjusted EBITDA was $59.3 million, as a percent of total revenue increased 220 basis points versus the prior year.

MEXICO third quarter revenues increased 6.9 percent on a constant currency basis. Operating profit was $1.2 million, as a percent of total revenue increased 190 basis points versus the prior year.

FRANCHISING third quarter revenues of $15.0 million increased due to higher store count with over 100 locations refranchised in the past 12 months and higher inventory purchases by our franchisees. Operating profit was $1.1 million, as a percent of total revenue increased 50 basis points versus the prior year.

CORPORATE third quarter expense decreased $4.2 million compared to the prior year primarily due to the realization of our cost savings initiatives.

The company recently completed a competitive bidding process and reached an agreement in principle to sell its corporate headquarters. Due to the Company’s successful restructuring efforts over the past two years, a significant portion of the building was not being utilized, presenting the Company with an opportunity to realize material value by selling the building and leasing back a smaller footprint. Net proceeds from the sale are expected to be approximately $35 million, after taxes and fees, and will be utilized to advance the Company’s stated capital allocation priorities of funding growth initiatives in the retail partner business and returning capital to shareholders. The transaction is expected to close in late 2019 or early 2020 and therefore has not been reflected in current fiscal 2019 guidance.

The Company is providing the following narrowed guidance for its 2019 fiscal year, reflecting the ongoing execution of our strategic plan.

To supplement the Company’s financial results presented on a GAAP basis, Rent-A-Center uses the non-GAAP measures (“special items”) indicated in Table 2 below, which primarily excludes financial impacts in the third quarter of 2019 related to debt refinancing charges, store closures, incremental legal and advisory fees, and cost savings initiatives and discreet income tax items, including the reversal of a previously recorded reserve for uncertain tax positions. Gains or charges related to store closures will generally recur with the occurrence of these events in the future. The presentation of these financial measures is not in accordance with, or an alternative for, accounting principles generally accepted in the United States and should be read in conjunction with the Company’s consolidated financial statements prepared in accordance with GAAP. Rent-A-Center management believes that excluding special items from the GAAP financial results provides investors a clearer perspective of the Company’s ongoing operating performance and a more relevant comparison to prior period results. This press release also refers to the non-GAAP measures adjusted EBITDA (earnings before interest, taxes, depreciation and amortization) and Free Cash Flow (net cash provided by operating activities less purchase of property assets). Reconciliation of adjusted EBITDA and Free Cash Flow to the most comparable GAAP measures are provided in Tables 3 and 4, below.

The Company believes that presentation of adjusted EBITDA is useful to investors as, among other things, this information impacts certain financial covenants under the Company’s credit agreements. The Company believes that presentation of Free Cash Flow provides investors with meaningful additional information regarding the Company’s liquidity. While management believes these non-GAAP financial measures are useful in evaluating the Company, this information should be considered as supplemental in nature and not as a substitute for or superior to the related financial information prepared in accordance with GAAP. Further, these non-GAAP financial measures may differ from similar measures presented by other companies.

Rent-A-Center, Inc. will host a conference call to discuss the third quarter results, guidance and other operational matters on Thursday morning, November 7, 2019, at 8:30 a.m. ET. For a live webcast of the call, visit https://investor.rentacenter.com. Certain financial and other statistical information that will be discussed during the conference call will also be provided on the same website. Residents of the United States and Canada can listen to the call by dialing (800) 399-0012. International participants can access the call by dialing (404) 665-9632.

A lease-to-own industry leader, Plano, Texas-based, Rent-A-Center, Inc., is focused on improving the quality of life for its customers by providing them the opportunity to obtain ownership of high-quality, durable products such as consumer electronics, appliances, computers, furniture and accessories, under flexible lease purchase agreements with no long-term obligation. The Company owns and operates approximately 2,100 stores in the United States, Mexico, and Puerto Rico, approximately 1,100 Acceptance Now kiosk locations in the United States and Puerto Rico, and Merchants Preferred, a virtual lease-to-own provider in the United States. Rent-A-Center Franchising International, Inc., a wholly owned subsidiary of the Company, is a national franchiser of approximately 340 lease-to-own stores operating under the trade names of “Rent-A-Center”, “ColorTyme”, and “RimTyme”. For additional information about the Company, please visit our website at www.rentacenter.com.